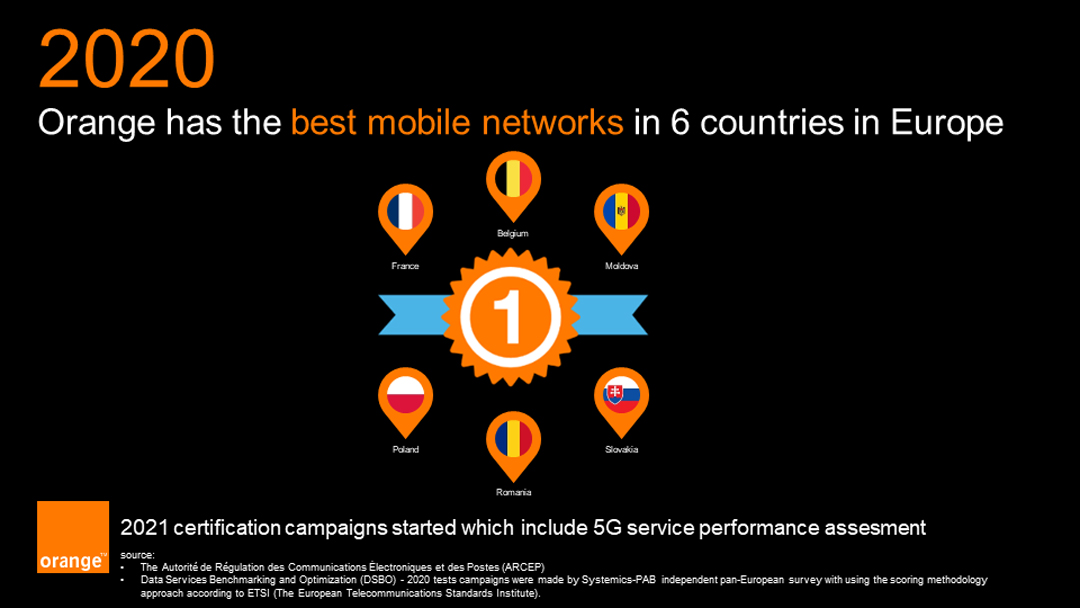 Periodic drive tests of mobile networks play a vital role in maintaining the highest standards of telecommunication services quality and customer experience when using the network. It also allows the assessment of the situation in the market as a whole and is one of the tools for stimulating competitiveness. The year 2021, is the sixth time in row that Systemics-PAB conducts the annual assessment of mobile networks as a part of the Orange DSBO project (Data Services Benchmarking and Optimization) It covers a number of European countries such as Belgium, Luxemburg, Moldova, Poland, Romania Slovakia and Spain. The results of this year’s campaign will be available in August 2021. The 2021 project will also include 5G measurements as the deployment of this technology is accelerating across the region.

Below, Systemics-PAB shares the overall performance and conclusions from the previous 2020 network survey. All operators in the seven European countries and Jordan in the Middle East were tested.

Despite the pandemic and its effect around the world, Systemics-PAB was able to successfully complete the extensive benchmarking campaign in 2020 to measure the quality of mobile telecommunication services offered by mobile network operators in the above-mentioned countries. The unprecedented situation we had to face since the spring of 2020 caused some delay but the project was able to be completed at the beginning of 2021.

Systemics-PAB used 115 measurement days doing drive tests over 50,000 kilometres of roads for testing each of the 28 mobile networks in 8 countries. We visited 142 cities and towns to ensure that the survey covered more than 50% of each country’s population. During the surveys, over 47,000 4G data sessions, 90,000 voice calls and 84,000 WhatsApp calls were conducted. Data tests generated 8.3TB of traffic.

The assessment of the quality of services was performed using international standards and Systemics-PAB expert knowledge. The scoring methodology approach according to ETSI Technical Report TR103559 Annex B was used. All the networks were scored against the best quality in voice and data categories. The overall maximum possible score is 1,000 point. In some countries, measurement results reached well above 900 scoring points. The comparison between countries and operators within countries are presented on the chart below.

Systemics-PAB can confirm that in five out of seven European countries, Orange scored the highest number of points in the test. This was supported and proved by excellent results for voice and data tests with certificates awarded for the best mobile network in the test in the country.

The test results in details are available for download as PDF attached.

The 2021 project which has just started extends the scope of network testing with 5G measurements. The upcoming campaign will be conducted with the newest Samsung Galaxy S21+ 5G handsets. All the data test will be conducted in a free mode allowing to use the best available technology at the testing locations. This also implies an extension of the analysis provided with testing results. The extended engineering analysis delivered by Systemics-PAB is very well perceived by customers and helps them to undertake valuable actions in the quality battle.

Systemics-PAB is a recognized European company providing comprehensive surveys and independent measurements of the quality of network services and the end-user experience. Systemics-PAB has been conducting complex projects in multiple countries worldwide for telecom operators, regulators, network equipment providers, lab testing organizations and enterprises for more than 16 years.

The Orange DSBO test results in details are available for download as PDF attached.